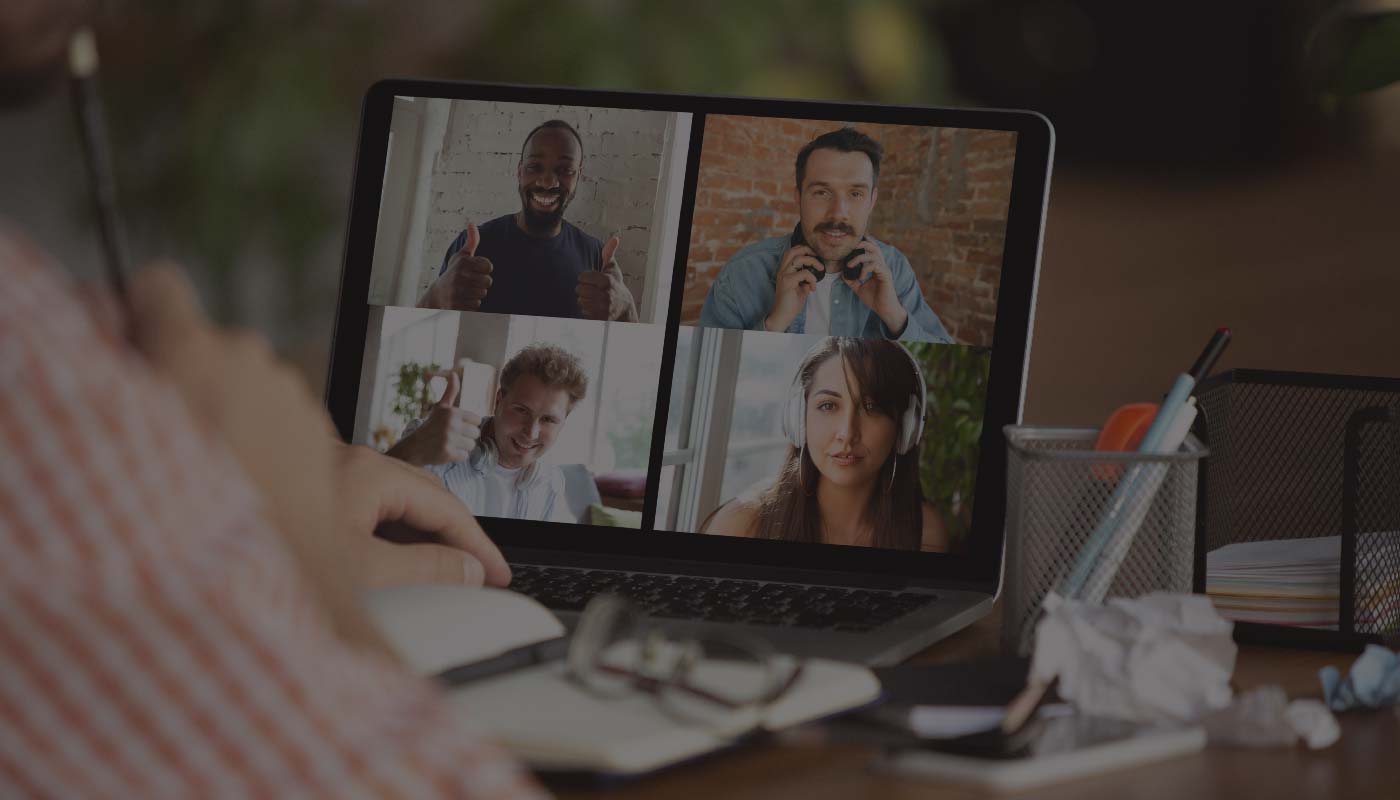 Every one of us needs inspiration when we are going through a tough time. Even more so, if we are in a crisis of epic proportions and our livelihood is at stake. Covid-19 has caused unparalleled levels of volatility, complexity and uncertainty that few of us have seen in our lifetimes. The future is unclear, we don’t have a playbook, nor can we draw from similar experiences in the past.

For an entire generation, the actions we take now will define our future wellbeing. Although we don’t have the power to change our fate, we have the power to think further, choose our mindset and develop scenarios that will give us the best chance to prevail.

The purpose of this communication is to share some guiding principles that could help you navigate through the complexity and uncertainty of Covid-19 and beyond.

Although this is a Marathon Consulting communication, it was sent to all our clients and contacts in our database - whether you lead an organisation, work in an organisation or know people whose organisations are going through a tough time. Hopefully there will be some learning for everyone who reads it.

If you are familiar with our consulting methodology, you will know that we believe every organisation has the opportunity to be wildly successful if they are simultaneously healthy and smart in the way they do business. We have prepared our thoughts under these two themes.

Before we proceed, if any one of you is struggling to survive physically, financially, mentally or your business is in distress, please do not hesitate to contact us at covid19@marathongroup.co.za. Although Marathon has limited resources, there is always a way we can help by thinking further, together. If you feel free advice is all you can afford at the moment, we would still love to help you, where we can. We are stronger together and it’s time to serve.

First, in times of uncertainty, instil a caring culture and connect deeply with your team. Human beings are built for connection and more so when we are anxious. People face significant worries at the moment and have additional caring duties. This is not the time to feel isolated. Go out of your way to care deeply and be exceedingly human. You might not have definitive answers to every concern your team has, but don’t let that deter you from listening and connecting with your team.

Second, be very clear what your new short-term thematic goal and strategic priorities are. When you lead from afar, managing and inspiring your team can be difficult. Be persistent. Communicate with confidence and over-communicate with consistency to ensure everyone feels close to the heartbeat of the organisation. Your future direction maybe unclear, but be clear what processes you are going to be following and keep your team informed along the way.

Thirdly, be creative. Find new routines and rhythms to ensure your processes, workflows, structures, meeting formats, roles and decision-making processes are still relevant and effective. In short, recognise what isn’t working and change fast. And be open to test, fail and learn quickly as we need to be agile to survive in these times.

2. A Positive, but Realistic Mindset

In his book Good to Great Jim Collins researched the six principles that distinguish great companies from good companies. Principle 3 is “Confront the brutal facts, but never lose faith.” Every good-to-great company faced significant adversity of some sort along the way to greatness. In every case, the leadership team responded with a powerful psychological duality. On the one hand, they accepted the brutal facts of reality. On the other hand, they maintained an unwavering faith in the success of the endgame, and a commitment to prevail as a great company, despite the brutal facts. Jim and his team came to call this duality the Stock- dale Paradox.

This term is named after Jim Stockdale, who was the highest-ranking United States military officer in the “Hanoi Hilton” prisoner-of-war camp during the height of the Vietnam War. Tortured over twenty times during his eight-year imprisonment from 1965 to 1973, Stockdale lived through the war without any prisoner’s rights, no set release date, and no certainty as to whether he would even survive to see his family again.

When Collins met Stockdale, Stockdale told him that the secret of his leadership success was balancing belief in a happy ending for his story with an unflinching acceptance of his current, very challenging reality. Collins and his team realised that a version of this paradoxical mindset existed within each of the good-to-great companies, which managed to combine hope for future success with a commitment to facing brutal facts head on.

When Admiral Stockdale was asked how he managed to survive, he said: “I never lost faith in the end of the story. I never doubted not only that I would get out, but also that I would prevail in the end and turn the experience into the defining event of my life, which in retrospect, I would not trade.” When he was asked who didn’t make it, he said “Oh, that’s easy. The optimists. They were the ones who said, ‘We’re going to be out by Christmas.’ And Christmas would come, and Christmas would go. Then they’d say, ‘We’re going to be out by Easter.’ And Easter would come, and Easter would go. And then Thanksgiving, and then it would be Christmas again. And they died of a broken heart. This is a very important lesson. You must never confuse faith that you will prevail in the end–-which you can never afford to lose–-with the discipline to confront the most brutal facts of your current reality, whatever they might be.”

In these trying times, the Stockdale Paradox is a powerful concept to remember.
We must retain faith that we will prevail in the end, regardless of the difficulties.
AND at the same time…
We must confront the brutal facts of our current reality, whatever they might be.

It’s not about choosing which side to take, but instead learning to embrace both feelings in opposition to one another and realise they’re necessary and interconnected.

The Stockdale Paradox can help organisations assess the current Covid-19 situation and plan accordingly to tackle the challenges they come across. It enforces both the idea that you can be positive and believe you will overcome all difficulties, while at the same time you are confronting the most brutal facts of your current situation.

If you feel your team is going through a tough time or is in a death spiral, consider a virtual team cohesion workshop to reverse the spiral. Consider doing the following practical steps in the workshop.

In times of uncertainty, scenario planning is a powerful strategic tool to use as it focuses the mind on possible outcomes in the future. Scenario planners normally use two axes with four possible scenarios. The benefit of generating four possible scenarios is that it limits your thinking to four closed world options. The brain functions better if it is constrained, versus the mistaken belief that out-of-the-box thinking creates better, innovative ideas.

As an example, consider the following two axes (i.e. lockdown and economic impact) and four possible scenarios to help you safeguard, recover and re-purpose your business during and post Covid-19.

If you need help with your scenario planning thinking, contact us to do so via remote video conferencing.

To help stimulate your thinking, you can use the following guiding principles to safeguard, recover and re-purpose your organisation within each of the four scenarios.

The purpose of the war room is to deliver critical business action plans with clearly defined work streams, including initiative owners and designated sub-teams of experts. These sub-teams are vitally important, as the virtual working environment requires smaller agile teams to be effective and productive. Similarly, the war room needs to be agile, operating in sprints, daily “stand-up” meetings, embracing real-time digital platforms to track and manage initiatives.

Be ready with strong, working hypotheses about the dynamics in your industry and the right strategy to outperform. The companies that adapt faster to the initial upswing—and eventually, the new environment—will emerge stronger.

Leaders are currently faced with a defining moment in their careers. There will be winners and losers. Leaders who can balance urgent actions for today with planning for the future will be better off. What is, however, clear is that the winners will be able to re-purpose their organisation better than their competitors in a post Covid-19 world.

If you need a trusted advisor to help you to think further about your organisational health and smart challenges during Covid-19, the Marathon team is ready to serve where we can.